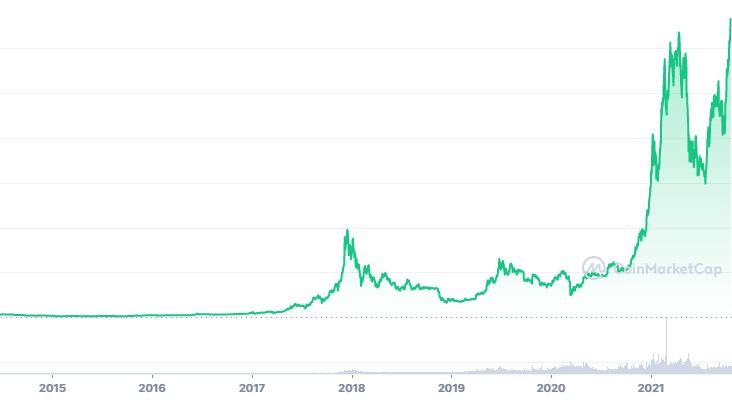 The world’s leading cryptocurrency Bitcoin (BTC) finally reached a new all-time high in United States dollars after a dramatic months-long recovery. The Bitcoin currently trading at $66,480 on TradingView at the time of writing. This year has been a rollercoaster ride for the crypto world. 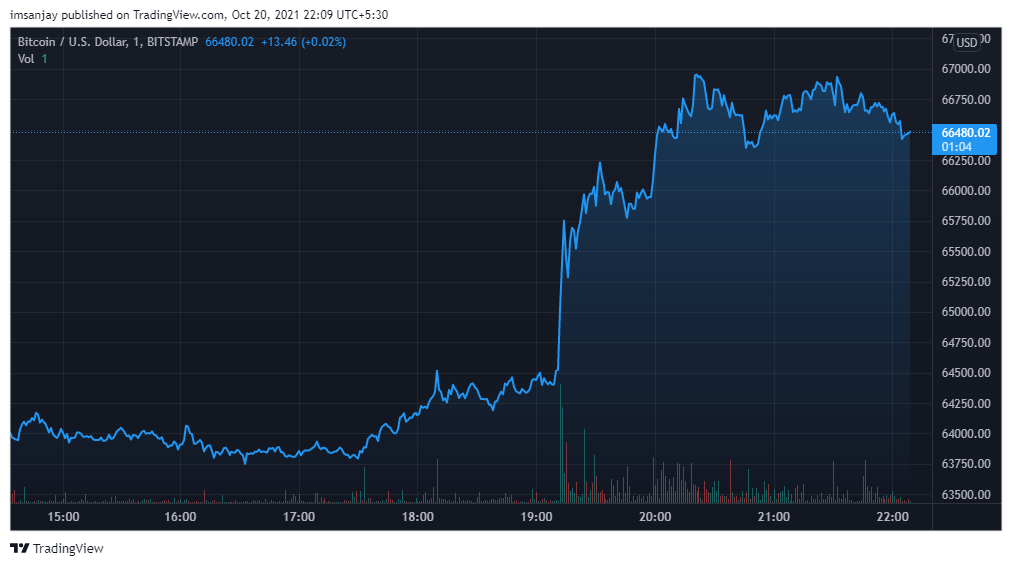 According to the CoinMarketCap data, the global crypto market cap is now worth $2.63 T.
With Bitcoin’s market cap dominance at its highest since May — 48.7% and Ethereum dominance is about 18.2 % in accordance with CoinMarketCap information — standard merchants have been already warning that now was not the time to give attention to an alt-heavy portfolio.

“The halls of eternity echo with the cries of those who sold their Bitcoin,” MicroStrategy CEO Michael Saylor summarized.
This week has already seen all-time highs for Bitcoin against several major fiat currencies, including the euro.

The digital asset enjoyed these gains the same day that The ProShares Bitcoin Strategy ETF, the first such fund available in the U.S., started trading on The New York Stock Exchange.

The expectations from the crypto owners remain for even higher levels to hit in the coming weeks and months, these interspersed by brief corrections to establish new support levels.

The highest estimates for the short term currently center around as much as $300,000 per Bitcoin.