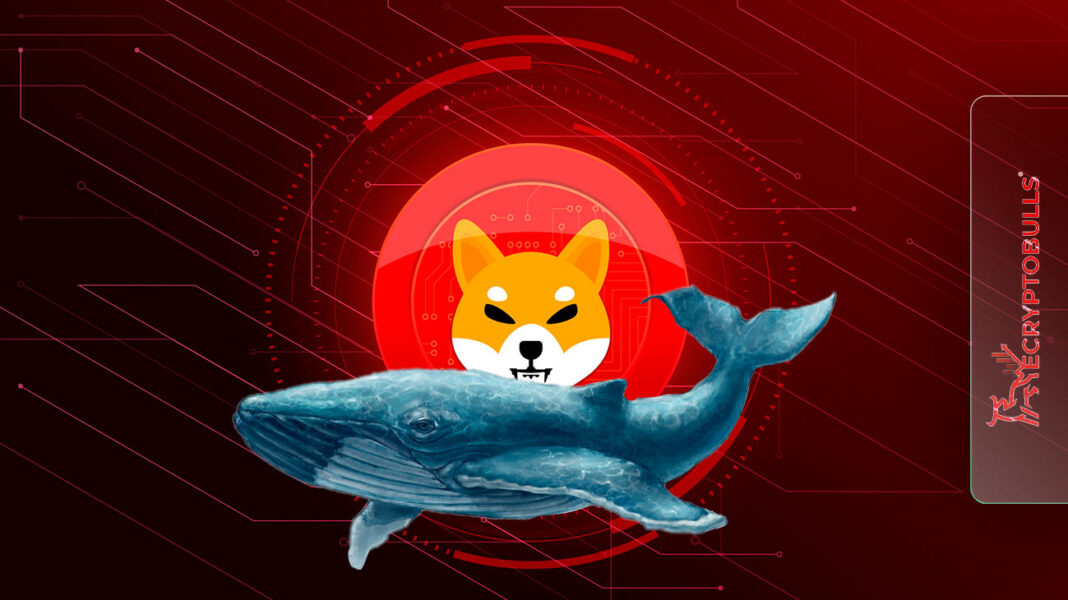 According to WhaleAlerts, An Ethereum whale added up 4 trillion SHIB tokens in a single transaction worth $136 million causing Shiba Inu’s value to rise by a whopping 13 percent over the past 24 hours.

🏆 $SHIB is most traded and biggest hodling token among the top 1000 ETH wallets#ShibArmy RT if u always think $SHIB is the King 😉 pic.twitter.com/hOsa99etTl

As per a tweet by WhaleStats which is a tracker that keeps a close eye on the wallets held by the 1,000 richest Ethereum whales, Shiba Inu is the “most traded and biggest hodling token among the top 1000 ETH wallets” at the moment. That said, this is hardly the first time Shiba Inu has proven to be the dominant choice for whales in top Ethereum wallet holdings.

The wallet address has a total of 76 ERC-20 tokens with a cumulative value of $286 million. Shiba inu token is the whale’s largest holding which consist nearly 26% of the portfolio’s holdings in Ethereum-based tokens, other than SHIB, the portfolio also consist of Popular metaverse tokens — MANA and GALA,  with the rest scattered between Tether stable coins and altcoins like MATIC, Enjin, and Loopring. 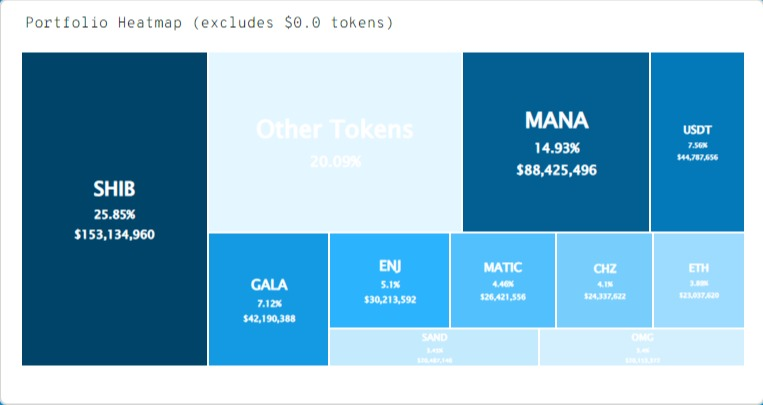 Shiba Inu is well on its way to becoming a market leader, with its establishment in the commercial industry, lot of companies now accepting SHIB token as payment. This year SHIB partnered with giants like AMC, which is the largest movie theatre chain in the US, that now facilitates Shiba Inu payments. Along with AMC, the electronic retail giant, Newegg, Travala, Vegas Auto Gallery and Konzum recently took to Twitter to make the official announcement about accepting SHIB payments for its products.