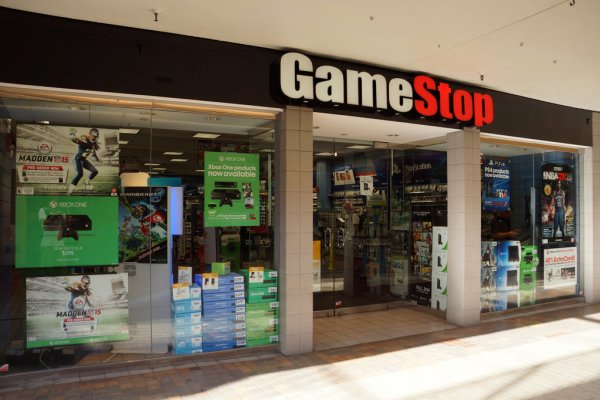 We’re not just witnessing the changing nature of market forces. We’re also seeing a shift in the definition of market “fundamentals.” 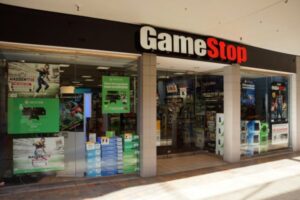 It’s hard to do justice to the symbolism and significance of the Reddit-Robinhood-GameStop drama of this past week.

That’s not to say it hasn’t been overblown in some quarters. I’ve heard it compared to the Capitol riots – no, that was sedition, this is rebellion, very different. I’ve seen calls for the regulators to step in and shut down retail trading platforms, even though it’s not clear a crime has been committed. And I’ve read takes painting the leaders of this charge as “misfits.” That condescension itself is part of the problem.

The protagonists are not misfits – they are retail investors flexing their collective muscle, the very same muscle the “establishment” encouraged them to develop.

You’re reading Crypto Long & Short, a newsletter that looks closely at the forces driving cryptocurrency markets. Authored by CoinDesk’s head of research, Noelle Acheson, it goes out every Sunday and offers a recap of the week – with insights and analysis – from a professional investor’s point of view. You can subscribe here.

Retail investors were encouraged to invest their savings in the stock market. They were offered mobile apps that made it easy. They were bombarded with advice and ideas from mainstream media. They were given money to spend. And low yields pushed them up the risk curve.

While the attention has been focused on a handful of stocks that have seen astronomical gains on the back of retail enthusiasm, the origin and the result (whatever that ends up being) have a lot to do with the crypto markets.

We’re not trying to steal anyone’s thunder. The WallStreetBets channel that galvanized the troops and led the charge did not welcome crypto traders or even chatter. Their drivers are not decentralization or fair access – rather, they seem motivated by glee at their newfound power, and anger.

The anger runs deep. The 139% short position against GameStop signaled heavy hedge fund involvement – but this was a trigger, not a cause. This rebellion feels like an expression of pent-up frustration at the skewed rules of capital markets that entrench the power of the “elite,” combined with residual resentment over the 2008 bailouts, the lack of market transparency and a long list of generational grievances.

A similar “old” vs “new” mindset drives the crypto markets.

Many of us were drawn to bitcoin ( BTC , -5.5 % ) out of concern for the impact on individual prosperity from defensive decisions taken by entrenched interests. Others were attracted to the concept of decentralized finance as an antidote to the potential damage done by consolidated power. And there’s the strong vote for financial sovereignty and commercial freedom.

All of us watched how traditional finance initially rejected the notion that a programmable token could ever have value or that code could produce yield. The success of crypto markets has forced much of the “old guard” to gradually recognize that things are changing. The events of this week will no doubt drive home that message.

What’s more, the very same platforms that sold themselves on the democratization of finance ended up restricting user’s access to certain trades this week, with the market in full swing. Can you think of a more public spotlight on the vulnerabilities inherent in the current market infrastructure? Google Trends shows that searches for “defi” (short for decentralized finance) are growing.

There is a risk that the new administration will use the retail investor rebellion as an excuse to over-regulate. Yet popular sentiment seems to be with the rebels, as legislators are no doubt aware (I don’t recall ever seeing Ted Cruz agree with Alexandria Ocasio-Cortez before).

What’s more, the nomination of gary gensler , who is both knowledgeable and generally supportive of crypto markets, to the post of Chairman of the U.S. Securities and Exchange Commission could hint at the beginning of structural reform in favor of more “democratic” access.

It could also move the needle on investor understanding of some of the underlying qualities of blockchain-based assets and their markets. True, access to these markets has some hurdles, such as jurisdiction and familiarity with technology. But investor choice and user experience has never been better, and, with some large market infrastructure players intending to go public this year, will continue to improve.

It’s not just market structure that is likely to be re-examined as a result of this week’s events. Market understanding needs a rethink, too. This also has a lot to do with crypto assets.

I lost count this week of the number of mainstream commentators that spluttered about “fundamentals,” and how the price shouldn’t move so much when GameStop’s situation hasn’t changed. They’re wrong – whether the stock is currently overvalued or not (I have no opinion on that), the company’s situation and fundamentals have changed.

One, there’s the massive publicity. Two, aside from the potential future revenue from selling games, there is probably a merchandising opportunity through branded mugs and pitchforks. Three, there’s a groundswell of support for the share price – only this is not traditionally considered worthy of consideration in asset evaluation. It should be.

Investopedia defines business fundamentals as “information such as profitability, revenue, assets, liabilities, and growth potential.” I would add to that list “public support.” Critics of this idea will say that sentiment is ephemeral, impractical to estimate and therefore impossible to value, while traditional fundamentals are tangible and can be discounted.

These days, though, even the tangible ones are mere estimates, which – as we have seen – can vary wildly and be rendered useless by unforeseen events. We have also seen how sentiment moves markets, and not just on a short-term basis. No analyst can reasonably ignore its power, and insisting that portfolio decisions “stick to the basics” is assuming that things will go back to the way they were 50 years ago when investors parked their money in safe securities and forgot about them until retirement.

The power unleashed this week may remind some of us oldies of 1999, when market fever crested before crashing. But back then we didn’t have the power of social media, a generation stuck indoors and helicopter money from the government. We also weren’t looking at an unprecedented level of social dislocation, loss of trust in institutions and belief in the strength of community. Today’s markets may turn south at any moment, and when they do, it is likely to be ugly. But, in contrast to the turn of the century, retail participation is unlikely to fade – this cultural shift is about more than making money.

The new-found power of retail investors has showed that sentiment not only trumps earnings forecasts, it can impact them. The very same investors piling into the stock are the same demographic that GameStop’s future business will target. The collective power showed that market mood is a fundamental characteristic of markets, now more than ever. Some of the price jumps this week may have been driven by hedge funds who understand this and were placing buy orders accordingly.

While volatility is likely to eventually quieten down and business analysis should always have a significant role in investment decisions, we can no longer say that sentiment isn’t a fundamental component of an asset’s price outlook.

This is especially relevant with crypto assets. Critics have often accused bitcoin of having no “fundamental value,” by which they mean no cash flow, balance sheet or potential earnings growth. True, it doesn’t have these things, but it does have widespread belief in its utility, monetary policy and eventual adoption by an even broader community. That faith should be considered a fundamental characteristic, as it is now obvious it drives price appreciation.

Bitcoin is not the only clear example of that. This week saw the price of Dogecoin (DOGE) at one stage surge ten-fold (up 500% at time of writing), briefly pushing the cryptocurrency into the list of top 10 crypto assets by market capitalization. DOGE (+29.62%) doesn’t do anything special. It has a cute dog as its logo. Its founder disavowed the project ages ago. Some people have hyped it as a joke which then became part of its narrative – in other words, its unpretentious lack of fundamentals has become part of its value. We may deride people who put savings into a purely sentiment-driven asset – but that sentiment has kept DOGE alive for over six years now, and has attracted a smattering of high-profile followers.

The largest cryptocurrency surged at least 11% to surpass the previous peak price of $41,962 reached in early January. Bitcoin jumped to a fresh record...
Read more
Coindesk

The Twitter-based DOGE show culminated in a Lion King-inspired meme photo of Musk holding up Simmons who is shown holding up Snoop Dogg, who...
Read more