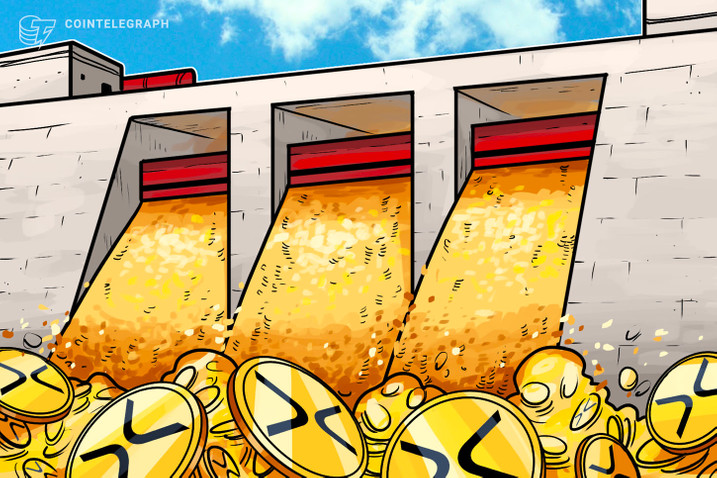 XRP price rallied 86% as members of a Reddit-based investing group shifted their focus from Dogecoin.

XRP price underwent a strong 86% breakout in the early trading hours on Jan. 30 as the fourth-ranked cryptocurrency by market cap became the new coin of focus in the r/Wallstreetbets cryptocurrency-focused off-shoot r/Satoshistreetbets.

Data from Cointelegraph Markets and TradingView shows that XRP rose from $0.28 to a peak at $0.51 before profit selling pulled the price back to $0.41.

It appears that the antics of the past week which saw r/Wallstreetbets pump GameStop, AMC and Dogecoin (DOGE), have carried over into the weekend as Stellar (XLM) also saw its price pump in tandem with XRP.

After rallying more than 800%, DOGE price is now down 71% from its recent all-time high of $0.078 on Jan. 29. Data from TheTIE also shows that the rally in XRP price coincided with a drastic jump in tweet volume.

Stellar (XLM) has also received some attention from r/Satoshistreetbets, resulting in a price spike of 64% on Jan. 27 which saw the price of XLM reach as high as $0.38 before correcting to its current value of $0.318.

Konzum, the largest supermarket chain in Croatia has enabled bitcoin payments in its online shop. The company said in a statement Wednesday. Konzum has become the...
Read more
Cointelegraph

Dogecoin rallied by more than 85%, suggesting r/Wallstreetbet’s crypto wing may have decided that they weren’t done with DOGE yet After gaining the spotlight due...
Read more