The whale’s movements come after the announcement of CEO Tesla Elon Musk that Tesla would be accepting payments in DOGE for select merchandise. 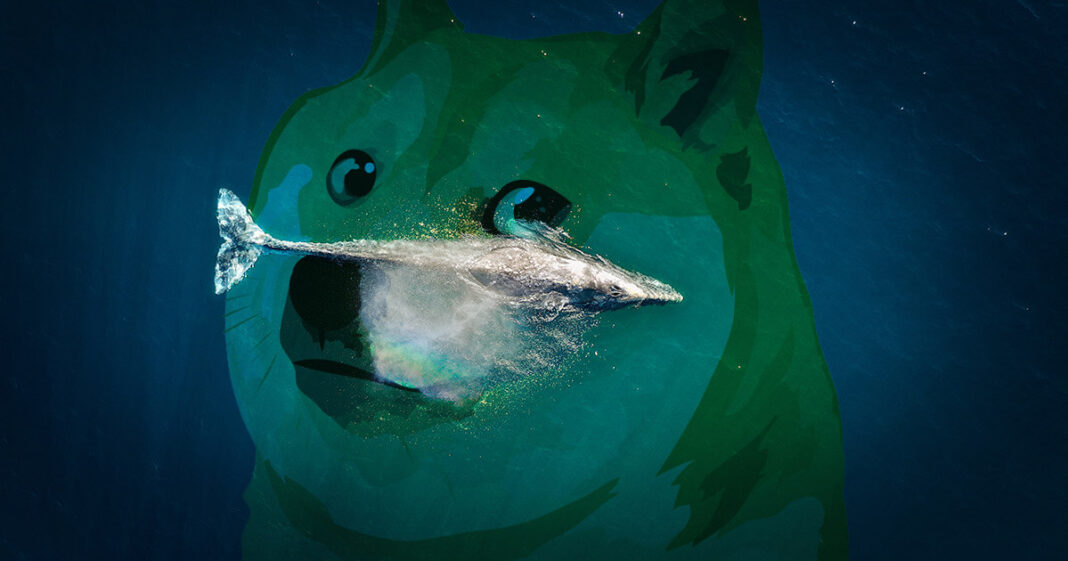 Dogecoin Millionaire Says He Continues to Hold All His Crypto Assets

According to the DogeChain blockchain explorer, a Dogecoin (DOGE) whale just moved nearly $1 billion in Doge crypto while paying less than a dollar in transaction fees.

The crypto whale that initiated the massive transfer was the second-largest Dogecoin wallet in existence prior to the transaction, according to BitInfoCharts.

The outbound transaction dropped the large wallet to the 48th-biggest Dogecoin address as it now holds over 236 million Dogecoin worth about $40.8 million. The crypto investor holds 0.1785% of the total supply of DOGE.

The whale’s movements come after Tesla and SpaceX CEO Elon Musk sent the meme coin’s price skyrocketing last week after announcing that the electric car manufacturer would be accepting payments in DOGE for merchandise.

After becoming the Person of the Year 2021, In the Time Magazine’s interview Elon Musk compared the Dogecoin to Bitcoin, where he said –

Bitcoin is not a good substitute for transactional currency. Even though it was created as a silly joke, Dogecoin is better suited for transactions. The total transaction flow that you do with Dogecoin, like transactions per day, is much higher potential than Bitcoin”.

Further he added, Bitcoin is more suitable as a store of value, which is why its investors prefer to hold it rather than sell it or use it for payments. “The transaction volume of Bitcoin is low, and the cost per transaction is high,” Musk noted.

On the other hand, Dogecoin is not that good as a store of value, Musk hinted, noting that the cryptocurrency is “slightly inflationary” because of it’s unlimited supply. However, this “encourages people to spend, rather than sort of hoard as a store of value,” he stated.

Tesla Inc will now accept meme-based cryptocurrency dogecoin as payment for its some merchandise such as the "Giga Texas" belt buckle and mini models...
Read more
Crypto News

Shiba Inu  meme-based crypto token shoot up in the year 2021, and changed the lives of many people. The asset currently remains one of...
Read more