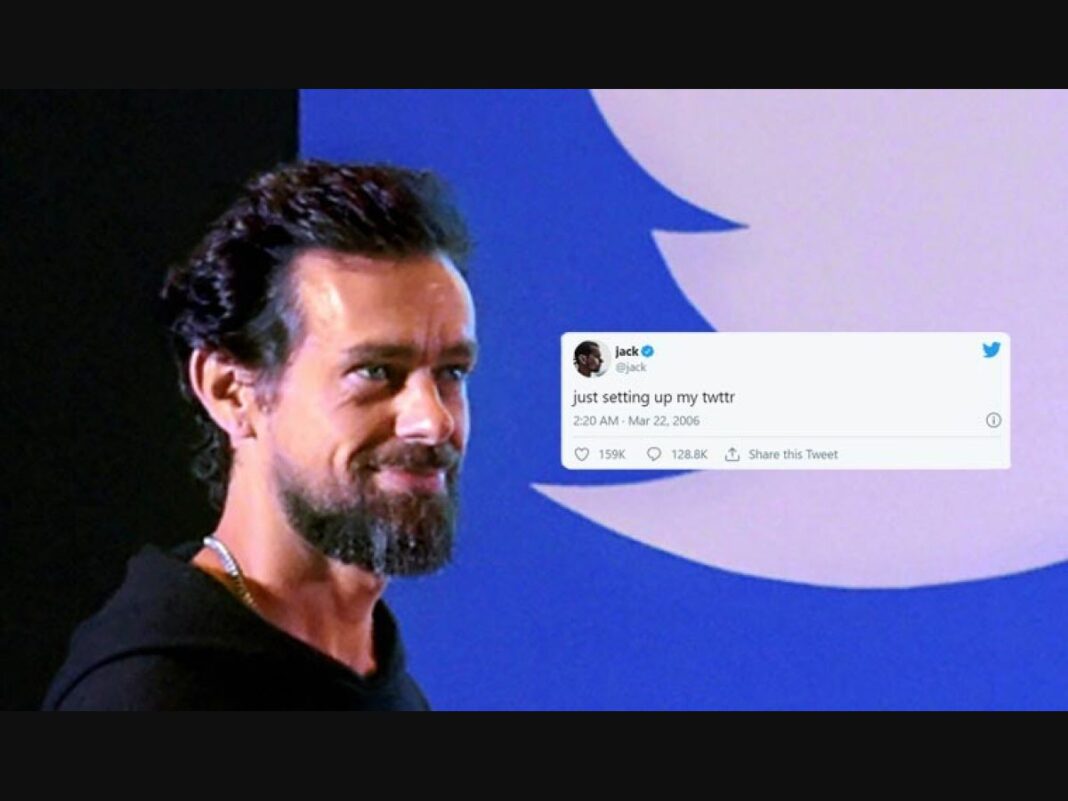 Jack Dorsey’s very first tweet “just setting up my twttr” published on the Twitter back in March 21, 2006, now worth roughly $48 million on leading NFT marketplace OpenSea. 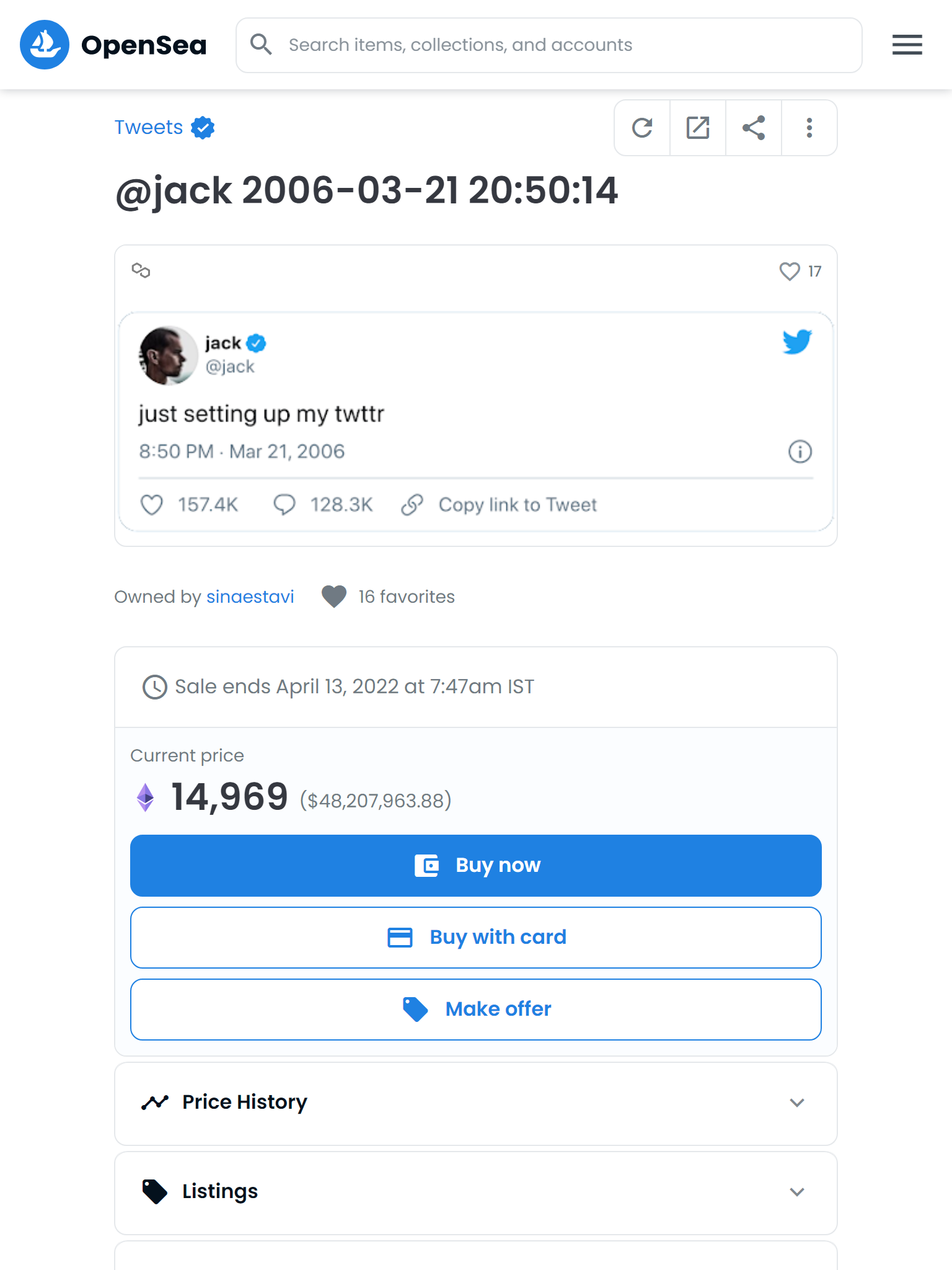 Twitter co-founder sold the tweet as an NFT last March for 1,630.58 Ether which is equivalent to about $2.9 million based on ether’s price at the time of sale.

Dorsey announced that he would donate the money he had received from the sale to GiveDirectly’s Africa Response fund after converting it to Bitcoin.

The NFT tweet is now worth more than $5.2 million but Bridge Oracle CEO Sina Estavi who purchased the tweet earlier now wanted to sell at an astonishing 14,969 Ether worth $48 million, which is 16x higher than previous amount.

After his initial tweet announcing the sale, Estavi followed up with another promising to donate 50% of the amount to the charity GiveDirectly, which gives cash to people living in poverty, and which Dorsey had said he’d supported after the first sale of the NFT.

Dorsey has been a supporter of the cryptocurrency space for years, mainly focusing on Bitcoin and not shying away from displaying his contempt for altcoins.

Last February, Block (formerly known as Square) purchased an additional $170 million worth of Bitcoin. In January, the company announced that it would build an open Bitcoin mining system.