Tesla now accepts dogecoin for some merchandise on its website 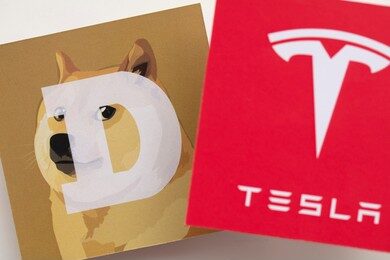 Tesla Inc will now accept meme-based cryptocurrency dogecoin as payment for its some merchandise such as the “Giga Texas” belt buckle and mini models of vehicles, Elon Musk Tesla CEO, announced on Twitter on Friday morning.

After the Musk’s tweet, dogecoin immediately surged about 10% but has since lost most of its gain. The price of the DOGE is $0.19 at the time of writing and ranks 11th position, according to the CoinMarketCap. 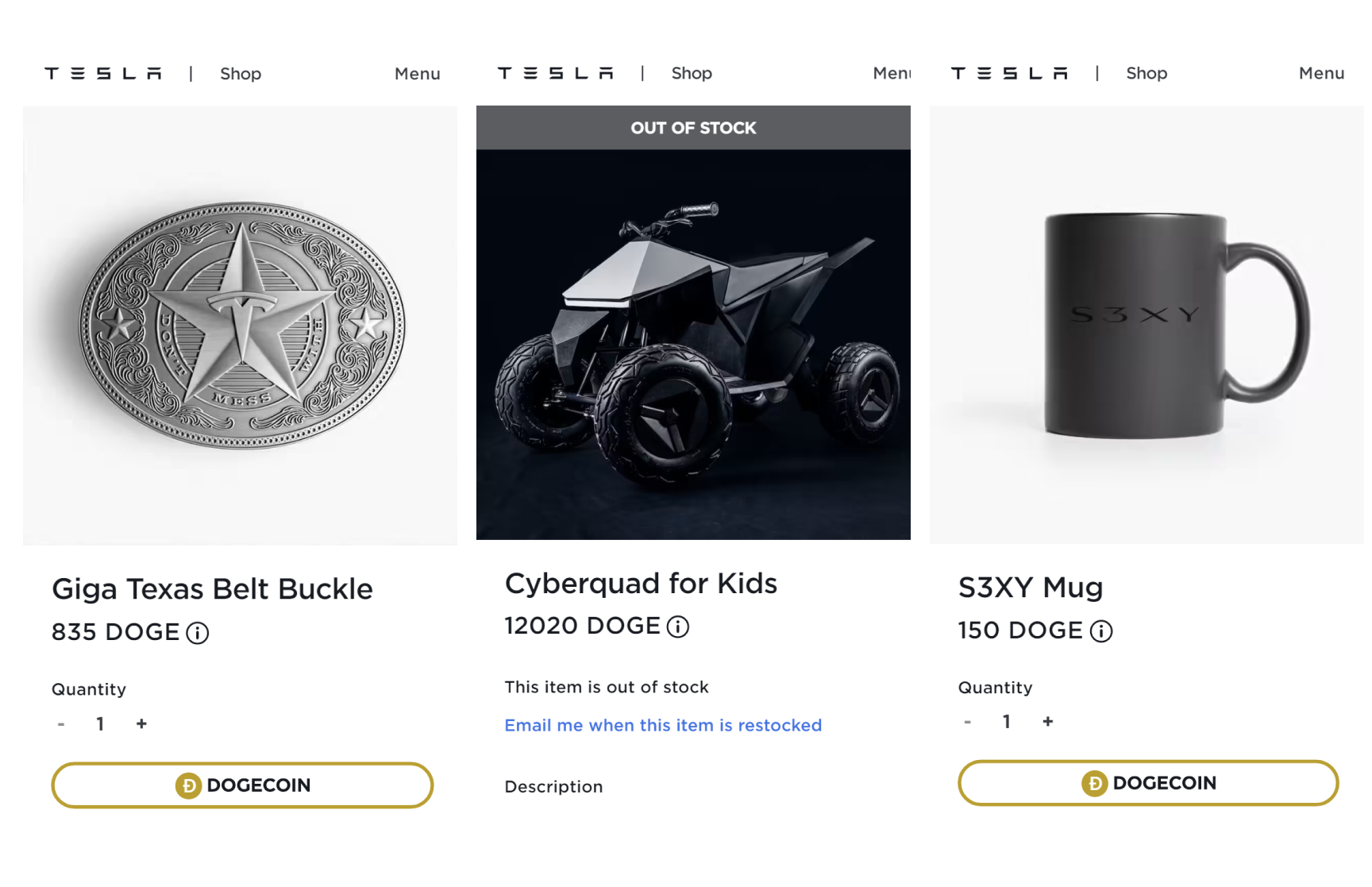 Tesla’s shop now has a few items that can only be bought with the meme cryptocurrency. They include electric models of vehicles such as Cybertruck Graffiti Cuffed Beanie that costs 205 DOGE; Cyberquad for Kids that costs 12,020 DOGE; a Cyberwhistle that costs 300 DOGE and a Giga Texas Belt Buckle that costs 835 DOGE.

“Some have noted that goods for doge are selling out even faster than for dollars. This news is a good illustration of crypto’s continued penetration of corporate culture,” said Alex Kuptsikevich, senior financial analyst at FxPro.

Musk, who has been named Time Magazine’s “Person of the Year,” has long been a supporter of dogecoin. He has said several times that DOGE is best for transactions whereas bitcoin is better suited as a store of value.

In October last year, the Tesla boss revealed that lots of people he talked to on the production lines at Tesla or building rockets at Spacex own DOGE. “They aren’t financial experts or Silicon Valley technologists. That’s why I decided to support Doge — it felt like the people’s crypto,” Musk explained.

Meanwhile, Tesla still has not resumed accepting bitcoin for payments, the company still holds Bitcoin  worth about $1.26 billion. The electric car company began accepting BTC in March last year but stopped in may because of environmental concerns. Musk later said that Tesla will resume accepting BTC “When there’s confirmation of reasonable (~50%) clean energy usage by miners with positive future trend, Tesla will resume allowing Bitcoin transactions.”