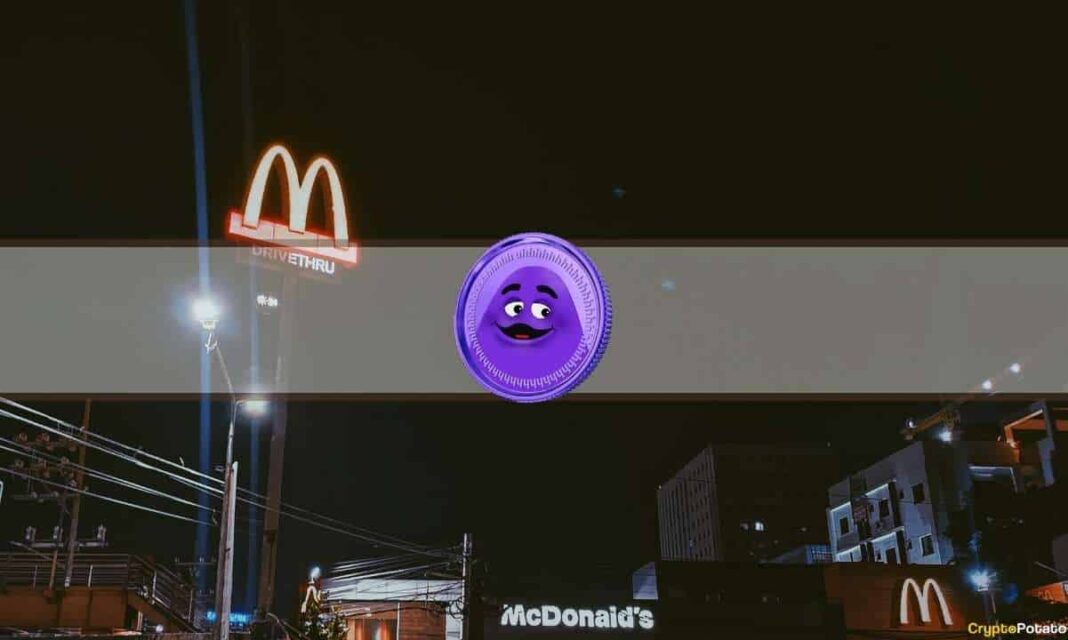 A token created after a McDonald’s response to Elon Musk tweet to eat a happy meal on TV if the American fast food retail chain accept Dogecoin as a means of payment, surged as much as 285,614% in a few hours as opportunistic actors jumped at the chance to make cash in what many are calling a bear crypto market.

After the McDonald’s reply, many crypto tokens were created using the name ‘grimace’ as word, nearly 10 grimacecoins created on the Binance Smart Chain (BSC) network alone.

One such grimacecoin token started trading at $0.0007 and reached $2 at its peak in Asia morning hours before tumbling down to the $0.60 level. This represents a 285,614% rally in the token in less than 24 hours of its creation. 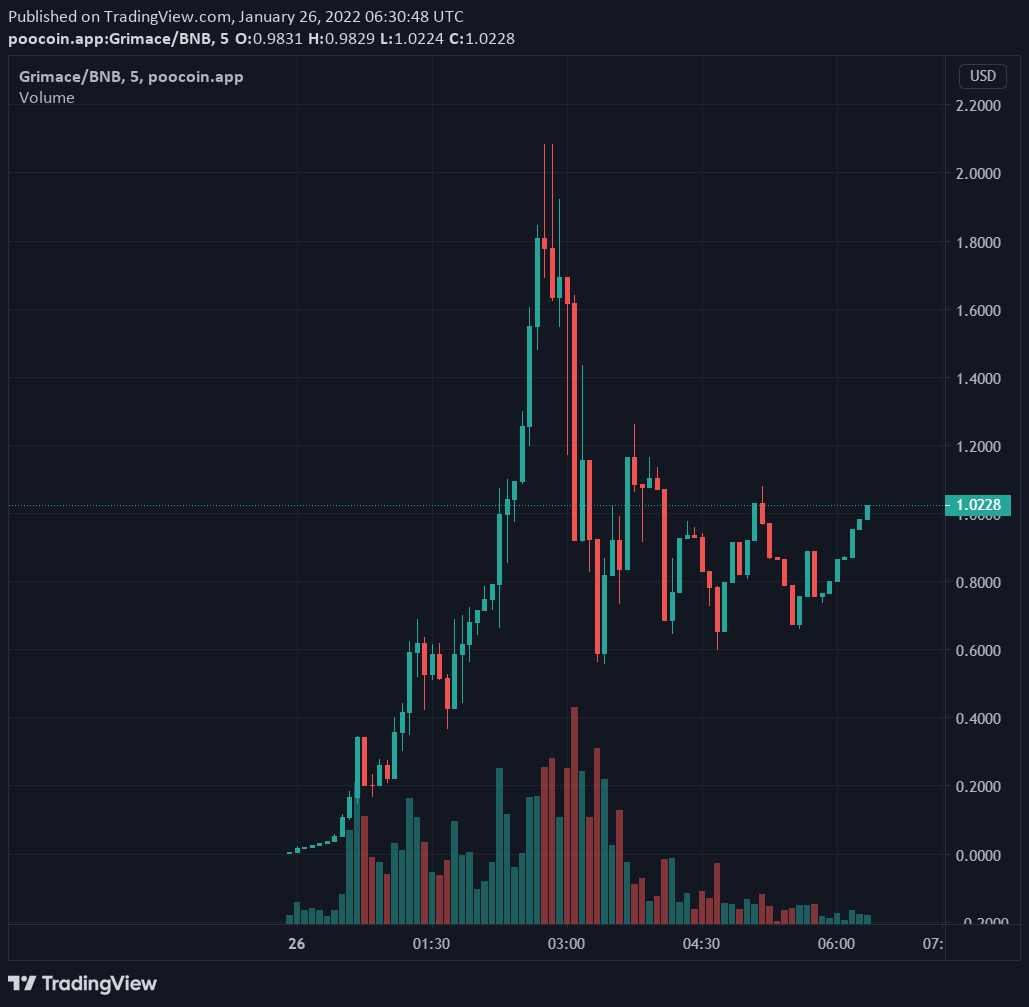 That token reached a market capitalization of nearly $2 million at its peak price. However, this has retraced as it is now worth around $800,000 as of the time of this writing and has over $65,000 in a liquidity pool created and supplied by users. Blockchain data, however, shows 93% of these tokens are owned by a single entity.

Another grimacecoin on the BSC with a supply of 1 trillion tokens, reached a market capitalization of $1 million in the Asian trading session as prices jumped to $0.00000193 from a tiny fraction of a penny just hours earlier. This grimacecoin locked up $104,000 in liquidity at the time of writing, with 75% of that held by one address.

An Ethereum-based grimacecoin surged 56,000% in the hours after its issuance, reached 1,000 holders, and a $6 million market capitalization, with developers positioning it as the “first” one on the Ethereum network.

We are up 56,000% since launch. Just wait till Elon sees us! pic.twitter.com/gRVI1ErJ8l

Not all grimacecoins saw similar successes, however. One exhibit on the BSC, presumably late to the fray, failed to attract both capital and speculators, holding just over $830 in liquidity, five holders, and a market capitalization of $1,400.

Grimacecoin isn’t the only instance of crypto hopefuls creating a shitcoin market. In December 2021, Brad Sherman, a member of the U.S. House of Representatives, joked about a “mongoose coin” in a hearing about cryptocurrencies, spurring the issuance of hundreds of mongoosecoins in the hours afterward.

The most successful mongoosecoin from that cohort saw trading volumes of over $15 million in the week after its issuance, reaching a market capitalization of tens of millions of dollars in the process. Prices have since fallen 95%.