The auction house’s total global sales this year were solid at $7.1 billion. 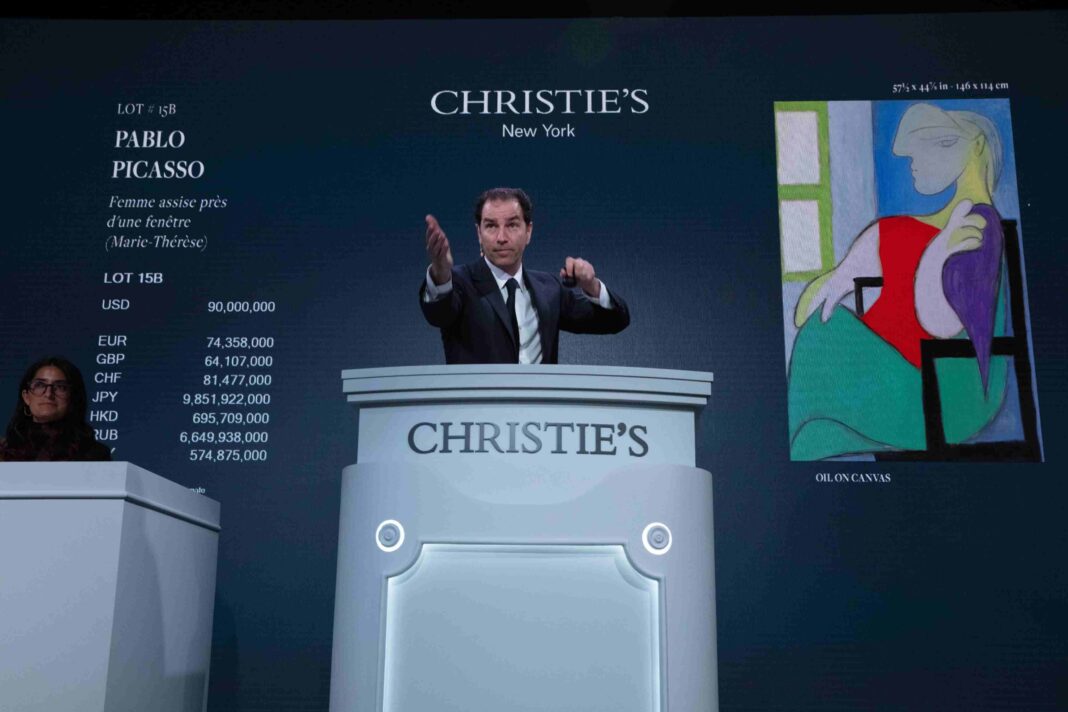 Christie’s, a British auction house founded in 1766 by James Christie, announce on Twitter that they sold nearly $150 million worth of NFTs in 2021 “after launching this new market first on the global auction platform.”

The NFTs share is till very small portion of Christie’s total sales this year, which is what projects to be $7.1 billion globally; The auction house’s total sales were nearly 54% higher than they were last year. These are Christie’s highest numbers in the past five years.

Christie’s auction house still dominates in the traditional arts sales this year: The auction house sold two the most valuable art in 2021, first is Picasso for $103.4 million and second is Basquiat for $93.1 million. However, on the same May evening that Basquiat sold nine CryptoPunks – arguably the world’s most famous NFT group –Sold at auction for a total amount of $16.9 million.

(4/4) Christie’s sold nearly $150M in NFTS in 2021 after launching this new market first on the global auction stage. We are leading the NFT market since our historic sale of @Beeple’s EVERYDAYS for $69M online in March, followed by HUMAN ONE for $29M in November. pic.twitter.com/BO5uo7qu6E

Beeple was the most valuable NFT artist represented in the beginning of this year’s auction house catalog. In March, he sold “Everydays: The First 5000 Days” NFT at Christie’s for $69.34 million. This sale arguably launched the NFT craze that has marked this year. However, this record is broken by Pak (formerly known as MuratPak) in this month, Who sold the NFT called “Merge” for $91.8 Million and became the most Expensive NFT.

In November, Christie’s sold another Beeple work, under $29 million called “HUMAN ONE,” a 7-foot-tall astronaut figurine that has been paired with NFT. That same month, Christie’s and OpenSea partnered to sell a full suite of NFTs.

The total sales volume of the entire NFT market was estimated at $12 billion in 2021, it seems likely that Christie’s established position in the world of traditional art helped elevate NFT art to a new level of respectability.