The number of cryptocurrency ATMs around the world has grown exponentially in the past few years. From the last December more than 20,000 new Bitcoin ATMs have been installed as so far. That’s more than the total of all crypto ATMs machines put into operation in the previous 7 years. 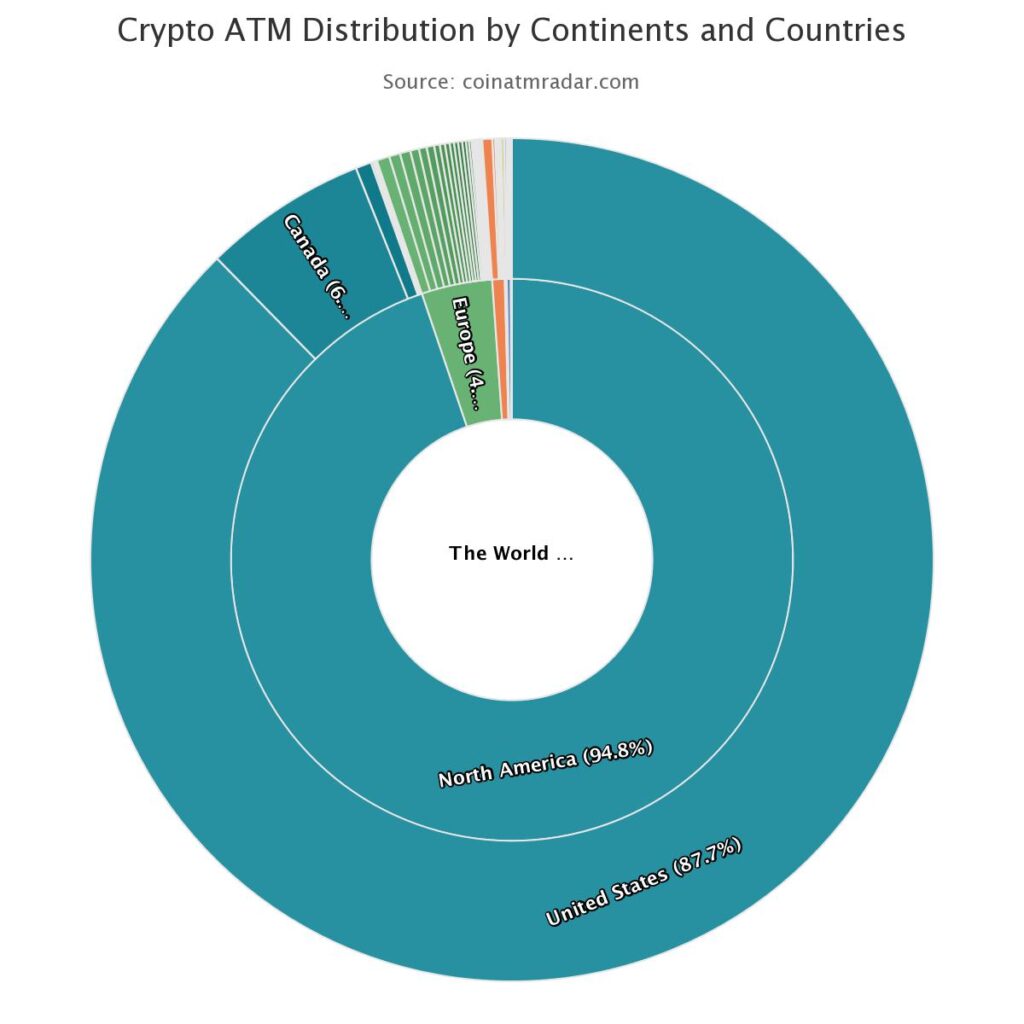 El Salvador, is already among the leaders with its 205 machines, overtaking European countries such as Spain, which has less than 200, and Austria with its 142. As of December. 29, the whole of Europe has only 1,385 cryptocurrency ATMs, lagging behind key markets in North America.

The many companies now manufacture ATM machines, top player are are Genesis Coin with almost 14,000 devices, General Bytes with more than 7,500, and Bitaccess with close to 5,000. Coinsource and Bitstop, with less than 2,000 each. 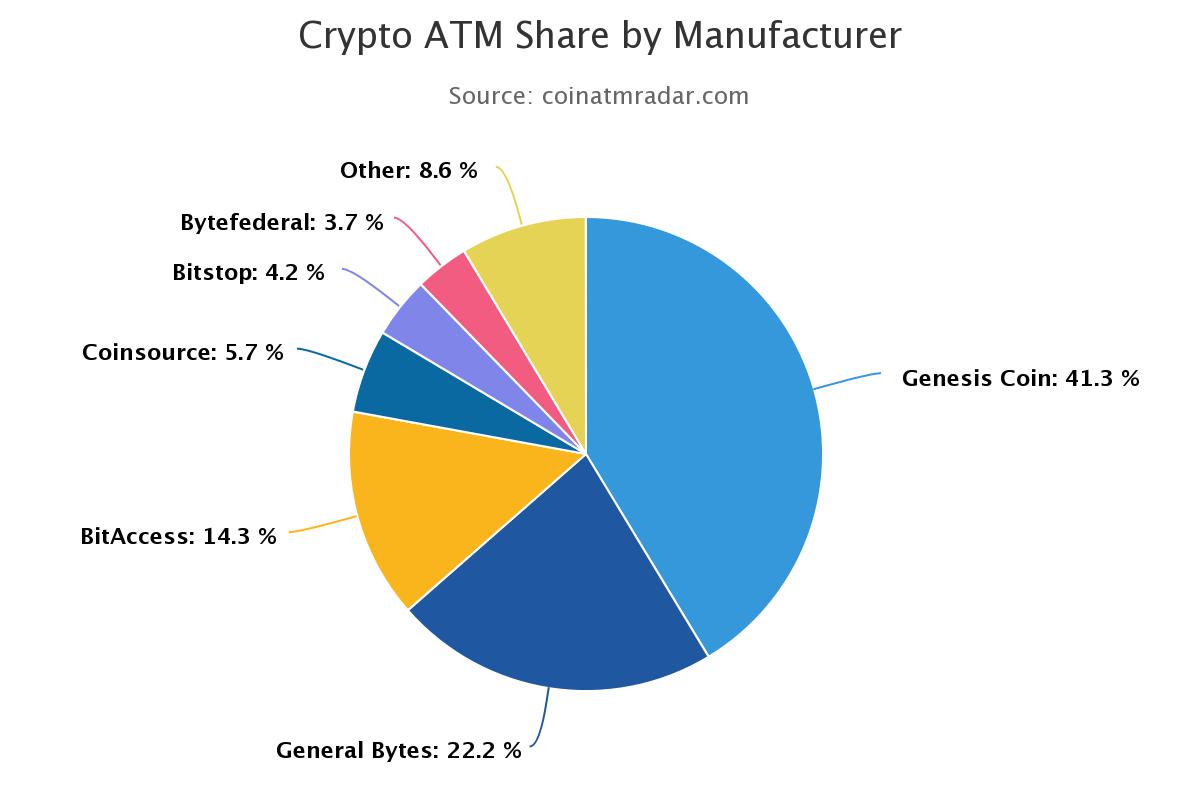 At least 6,000 businesses maintain crypto ATMs in different parts of the world, with the 10 largest operators running 70% of them all. The largest companies in the sector are Bitcoin Depot, which holds a fifth of the market with over 6,600 machines, followed by Coincloud (over 4,600), and Coinflip (almost 3,500).

Crypto ATMs support various cryptocurrencies and are either one-way or two-way devices. The latter offers users the ability not only to buy, but also to sell their digital coins. Most Bitcoin ATMs provide an opportunity to purchase Bitcoin (BTC), and many offer other major coins such as Bitcoin Cash (BCH), Ethereum (ETH), and Litecoin (LTC).