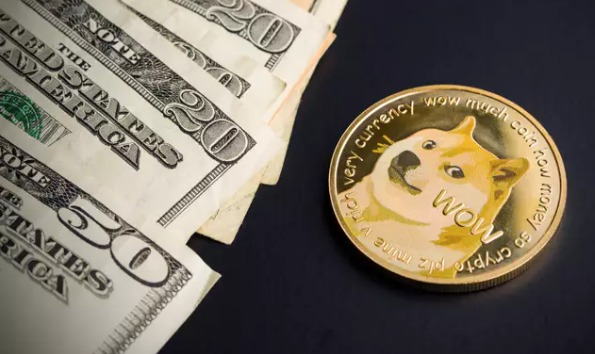 A Dogecoin owner posted a picture on Twitter, where he showed the transaction details of 2.69 billion Dogecoin.

Dogecoin transaction fees are cheapest among the cryptocurrencies, the user paid almost zero fees to move 2.69 million Dogecoin worth $360K, the Dogecoin user paid 0.00226 DOGE for the behemoth transaction which is equal to $0.00030.

In Dec 2021, a Dogecoin developer claimed to be the first person to mint a NFT on the Dogecoin blockchain, and cost of minting NFT was just 0.01 DOGE equivalent to $0.0018, at the time of transaction.

According to the Dogecoin Foundation, its goal is to make Dogecoin (DOGE) the global currency for exchanging products and services. The foundation claims to be working on certain projects to get the Dogecoin Ecosystem ready for quick grassroots adoption.

In April, RadioDoge was used to send the first Dogecoin transaction without using the internet. RadioDoge focuses on combining low-cost radio technology (HF/LoRaWAN) with the worldwide Starlink satellite network to enable low-cost, wide-scale access to Dogecoin for people who live outside the scope of internet infrastructure.

Tesla CEO Elon Musk responded to a tweet by Dogecoin creator Billy Markus by saying that meme cryptocurrency Dogecoin would acquire a lot more utility if more businesses accepted it.

Recently, Mark Cuban suggested to use the Dogecoin to authenticate Twitter users and reduce the amount of bot driven spam on the social platform. In reaction to Cuban, Dogecoin co-founder Billy Markus said he liked the idea. Musk also replyed by saying “Not a bad idea”.

Tesla, SpaceX CEO Elon Musk who is known as the DogeFather continues to show his support for biggest memecoin in the market Dogecoin. Mark Cuban,...
Read more
Dogecoin